Humans have been painting caves for tens of thousands of years (and many tribes continue to do so). Some of the most famous art are from the European Upper Palaeolithic, being manufactured between 40 and 12,000 years ago. These images include the famous Lascaux paintings, along with hundreds more found across the continent.

This prehistoric cave art is incredibly fascinating, being simultaneously distinctly human and incredibly alien. After all, everyone makes art. Be it a doodle or a masterpiece, making images is what humans do; yet the vast amount of time that separates us from the artists means that we have no idea why they made those images. On top of that they’re just plain pretty, so it should come as no surprise that they’ve attracted a tonne of attention and research; a lot of it spent on shedding light on just why we were drawing on walls tens of thousands of years ago.

The cave of Altamira, populated by very sophisticated cavemen (and women)

Despite the amount of effort spent looking into the matter, no final answer has yet to be reached (although just about everyone seems to think they have the right answer). One of the earliest explanations for cave art is the “arts for art’s sake” idea, conjured up back when these images were first discovered in the 19th century. As the name implies, the idea is that our ancestors just did it because they were bored. Because they found the pictures pretty. Because they wanted to. There was no real goal behind it, it was the prehistoric equivalent of a doodle (Bahn, 2008).

Since the 19th century this idea has fallen out of favour, given the incredible amount of effort people invested in the art. They created scaffolding to reach high areas, ventured into deep, dark and dangerous areas (which involved the invention of the oil lamp) and much more. Clearly, many argued, they were investing too much in this artwork just for it to be a doodle (White, 2003).

So what do archaeologists do when they don’t know quite what something is? Claim it’s part of a ritual! So they did, suggesting that ceremonies were conducted in these caves and that the artwork is religious in nature; perhaps akin to stained-glass. In fairness, there is quite a bit of evidence in support of this hypothesis. For example, many caves – such as the famous site of Chauvet – were never inhabited by people, being used only for art. Perhaps these were sacred locales (Zorich, 2011). Further, many sites that were chosen to host cave art all have a particular orientation, much like many later buildings of ritual significance (Hayden and Villenueve, 2011).

Some lions from Chauvet cavet

The idea that cave art was ritualistic in nature culminated in the “shamanism hypothesis” which posited that cave art was the result of a tribe’s mystics documenting their spiritual journey. And by “spiritual journey”, I mean getting high and thinking they’ve travelling to another realm.  Researchers noted that many of the weird things people see whilst on halluganagenic drugs (so-called entoptic phenomena) bear a surprising resemblance to the images recorded in cave art (Lewis-Williams et al., 1988).

For a while it seemed like this might be the answer, until others noted that of all the entoptic phenomena documented whilst on hallucinogens, only a tiny proportion matched cave art. If it were truly a result of taking drugs, why didn’t the rest? Besides, the drugs that were used in these tests were modern synthetics that weren’t available to our ancestors (Lewis-Williams et al., 1988).

Others have proposed other ways in which cave art might be ritualistic. For example, Bednarik (2008) pointed out that many of the footprints found in caves were made by children, and the size of some of the hand stencils also match the size of a kids hand. Based on this he suggests it was part of some kind of “coming of age” ritual.

Of course, not everyone has found the ritual idea convincing. Some have suggested that there was a more practical reason for the artwork. Most notably, Mithen (1988) realised that the changing climate and new, more efficient hunting techniques being developed by humans meant that many species could disappear from a region for a long time. He suggested that cave art was an attempt to keep a record of species seen before, preserving the knowledge of them for when they returned. This, he believed, explained why many images showed twisted feet (to record what tracks they made) and why they focused on the rarer animals, like mammoths 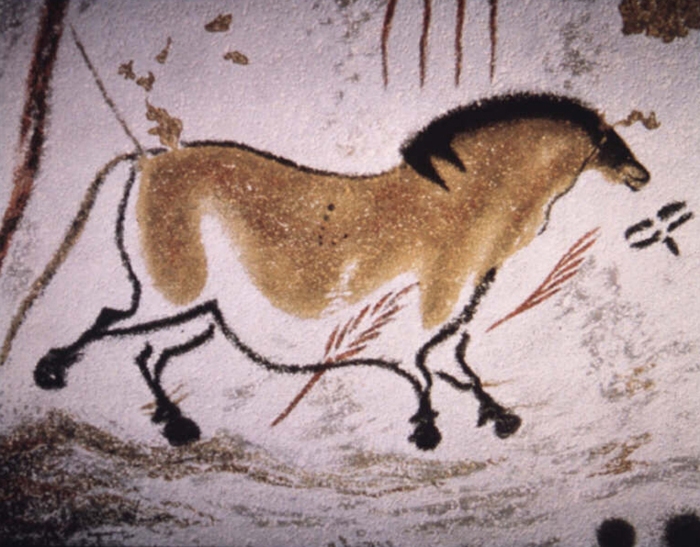 This debate continues to this day, with new books and papers being published that advance one idea or the other. Personally, I suspect that we’ll never hit on the answer because there is no answer. There are thousands of examples of cave art, stretching across tens of thousands of years. There probably was no single reason for making art that spanned this huge stretch of time and space; just like how all artists today draw for different reasons. All of these hypotheses are probably true to a certain extent. Maybe one cave was a doodle, another was ritualistic, but they weren’t all doodles because there was no universal reason for their manufacture.

Regardless of the ultimate explanation (if any), they remain a beautiful and fascinating link to our long-gone heritage.

Hey world, did you miss me?

63 thoughts on “Why did prehistoric people make cave art?”